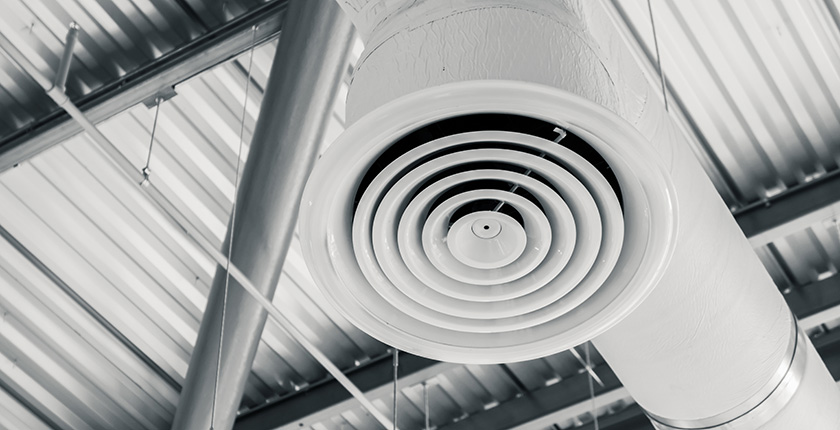 Rohm and Haas Company have been investigating the use of white acrylic roof coatings to reduce air conditioning demand since 1981. Early ”birdhouse” experiments clearly demonstrated that white elastomeric acrylic coatings could reduce the internal temperature of un-insulated and poorly ventilated buildings significantly.

Moreover, the coatings could prolong the life of a roof by protecting the asphalt roofing material below from degradation by heat, sunlight, water, and thermal shock. It became readily apparent that the degree of dirt pickup resistance had a dramatic effect on the solar reflectivity and ultimately the air conditioning energy demand. Simply stated, the longer the roof coating retained its white appearance the better its effect in reducing the building heat load To qualify this, a novel laboratory technique was developed to predict the relative dirt pickup of typical thermally reflective coatings.

A secondary objective was to determine the “energy penalty” associated with heating a thermally reflective coated building versus a similar building covered with a conventional black asphalt roof. The study showed that the coating reduced the peak airconditioning energy demand by 25%. The cost of the coating and labor could be amortized in approximately 2 years. The energy penalty associated with heating was minimal in this study. The current laboratory specifications for acrylic roof coatings and a technique for assessing surface reflectivity and dirt pickup resistance is also documented in this presentation.

In 1981, researchers at Rohm and Haas Company began investigating the potential benefits for solar reflective coatings to increase the albedo of the roofing membrane composite. Early “primitive” experiments included the use of “bird houses” roofed with asphalt shingles and coated with reflective elastomeric acrylic roof coatings. “Meat thermometers” were inserted into the closed interior and the inside air temperature was measured as a function of solar radiation. Similarly, although slightly more scientific, and infra-red thermometer was used to measure the surface temperature of light and dark surfaced roofing materials. As predicted, white reflective acrylic roof coatings greatly reduced the surface temperatures of roofing membranes and subsequently reduced the air temperature inside the “bird houses”.

Based on the encouraging results of these rather simplistic experiments, Rohm and Haas participated in a cooperative research project with the University of Southern Mississippi and Mississippi Power Company to qualify the effects of white reflective acrylic roof coatings when applied to actual full-scale roofs. Three similar buildings were constructed on the Hattiesburg campus of the University of Southern Mississippi. Two buildings were constructed of similar design using construction techniques and insulation guidelines prevalent in the Mississippi Power Company. This program encouraged the use of increased insulation in the foundation, walls, and ceiling and installation of insulated glass, windows and airtight weather stripping. Each building was individually heated and cooled with a heat pump. Telemetry data was acquired for outside and inside air temperature, solar radiation, time, inside and outside relative humidity, wind velocity, and watt-hours consumed. Data was recorded every 15 minutes for one year, the duration of the study. Inside air temperature was kept constant at 24ºC. The “Rohm and Haas” building and the “control” building were similarly constructed using minimal insulation. The Rohm and Haas building was coated with a Rhoplex EC based acrylic elastomeric roof coating over the smooth surface black asphalt built-up roof. The Mississippi Power Company “Good Cents: building was heavily insulated, but was also covered with a smooth surface black asphalt built-up roof. Design specifications for the three houses are found in the appendix. After one year of continuous monitoring, the Rohm and Haas Rhoplex EC elastomeric acrylic-coated building had 21 9% lower energy consumption in the summer than the control building. The white coating also reduced the energy demand by 3.99% in the winter.

It was originally theorized that black roofs would absorb heat in the winter and an “energy penalty” in the winter would be incurred if the roof was coated with a Reflective material. The data from this study demonstrates this is not true. The current working hypothesis for this surprising result is since black bodies are more ideal energy radiators; heat absorbed during the winter daylight would be more easily emitted during the nighttime. The financial payback period of 2.07 years and a return on investment of 48.3%. One additional benefit for coating is the flexibility of application as the coating can be applied at any time during the life of the building. Details of energy savings are found in tables in the Appendix. The more heavily insulated”Good Cents” house had 29.8% low energy demand in the summer and 42. 1% lower in the winter. The payback period for this investment was 3.05 years with a return on investment of 32%. One serious limitation of this option is it can only be incorporated during construction, unlike the more versatile, reflective coating.

High albedo roof coatings have demonstrated effectiveness in reducing air conditioning demand and in lowering energy costs. However, in order to function properly, these coatings must demonstrate field performance in severe exposure conditions. Most notably, roofs are structurally dynamic, i.e. they expand and contract as a result of thermally and seismically induced movement. Thus, roof coatings must tolerate these movement dynamics over a wide range of temperature extremes to function satisfactorily. Additionally, they must adhere to the roofing substrate and tolerate possible long-term contact with standing or ponded water. This water may contain microorganisms, which can adversely affect the coating, so mildew and algae resistance is also required. Most notable from a reflectivity standpoint is the need to maintain high infra and near-infrared reflectivity and dirt pickup and mildew resistance. A reflective roof coating may possess excellent initial albedo properties, but rapidly become dirty, and lose its ability to reflect elastomeric acrylic roof coatings. These are the Roof Coatings Manufacturers Association #6 and the Southern Florida Building Code Chapter 34 for acrylic maintenance coatings. These specifications list minimum laboratory requirements necessary to achieve successful pickup resistance, the key property required for high albedo coatings. A task group is currently writing a specification for acrylic roof coatings in D.08 (Roofing). However, the current draft also does not include a test for dirt pick up resistance. Unfortunately, no test method currently exists for measuring this property.

A second missing requirement for reflective acrylic roof coatings is a measure of its solar reflectance as measured by ASTM E-903 or similar test. Currently, properly formulated acrylic coatings using titanium dioxide and zinc oxide pigments can achieve 83% reflectance. No standard exists for this property. Specialty pigments have been identified, such as barium sulfate, ceramic, borosilicate and polytetrafluoroethylene spheres, which are touted as useful for increasing solar reflectance of conventional coatings.

Several comments made during the Proceedings of the Workshop on Cool Building Materials in February 1994, questioned the investment return for coating a roof with a high albedo coating. The study described herein conclusively demonstrated the investment benefit of reflective roof coatings over modestly insulated structures in warm climates. More recent studies have shown the benefit of these coatings decreases as the ceiling or attic insulation is increased. This obviously would increase the payback period. To dismiss the value of these coatings at this point would preempt them from their most important function, i.e. to protect and prolong the life of the roof. These coatings have been historically promoted for their ability to prevent the roofing membrane from attack by the harmful effects of UV radiation. Quite literally this is the opposite end of the spectrum. Studies conducted by Rohm and Haas and reported recently at the Third Symposium of Roofing Research and Standards, sponsored by ASTM have defined the fundamental durability enhancing mechanism of these coatings when applied over conventional roofing substrates. Thus, the energy savings associated with these coatings become ancillary rather than primary. When the question is posed as to “Who pays?” for these coatings, the answer (and the funds) are readily provided by the building owner. The roof life is extended and the life cycle costs of the roofing composite are greatly reduced as a result of the coating. While the term “Cool Building” is of interest in this forum, the term “Sustainable Architecture” is used to describe buildings that can be easily maintained without tearing off and replacing major components, such as in this case, the roof. This is obviously more cost-effective and reduces reliance on landfill capacity. A pictorial description of the dramatic effects of these coatings on prolonging the roof life is shown in the appendix.

Acrylic reflective roof coatings have proven beneficial in increasing the albedo of buildings. Their cost effectiveness is dependent on building design parameters and location, and the ability of the coating to remain reflective. The coating’s ability to function successfully is a composite of its initial reflectivity, dirty pickup resistance, mildew resistance and its ability to maintain its functional properties after years of in field service.

Want to learn more about the impact our ENERGY STAR qualified roofing products can have on your facility and your bottomline?